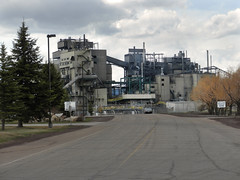 Do you think we should have the right to know if we’re eating real food, or GMO food? When you read the labels, do you wonder?

I just made a donation to Food Democracy Action! Now is our time! Join me to: Drop the Money Bomb on Monsanto!

For the past 20 years Americans have been denied their right to know what’s in their food as a result of a corrupt loophole that a former Monsanto lobbyist helped write into law at the U.S. Food and Drug Administration that declared that foods containing ingredients that had been genetically engineered in laboratories were the same as those that farmers had grown for thousands of years.

Today, we’re fighting to end this corrupt bargain the FDA made with Monsanto by putting the issue on the ballot in November with the California Right to Know Genetically Engineered Labeling Act of 2012.

To make this happen, we need your help. Monsanto will stop at nothing to stop us, but we’ve joined with a broad coalition of food, farm, public health and environmental groups and organic companies to stand up for our basic rights.

Over the course of the next month, Food Democracy Action! and their allies need to raise a million dollars to help combat the misinformation campaign from the biotech bullies.

We’re at a critical moment and our ability to grow the Food Democracy movement in 2012 depends on us!

Why should we support a California effort? Because what the industry has to do in California, they roll out across the country. It’s too expensive to run 2 sets of packaging.

The issue here is not whether you want to change your diet. The issue today is whether you have the right to know what you’re eating. They don’t want to have to label it because people won’t buy it. Duh!

Did you know that these same companies that sell this junk here are prohibited from selling it in some other countries? They make other formulas that they sell elsewhere.  Our FDA seems to feel that we should eat these fake foods, take risky prescription drugs, and stop taking supplements. How does that sit with you?