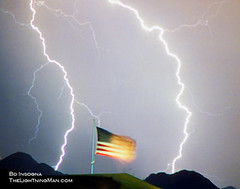 Image by Striking Photography by Bo Insogna via Flickr

OK, so Obama provided his birth certificate to put an end to silly distractions from the real issues. He’s right about that.

But the fact is – our government did not get the message during the last elections. Both sides are guilty of runaway special interest and lobby protectionism at the expense of we the people.

We the people need to send a louder message.

My grandmother used to say it was time for a new batch of people.

We need a new party.

We need a government that will –

Put the rights of the people ahead of corporations

Encourage small business growth that has been the cornerstone of this country instead of protecting big industry.

Put a stop to monopolies

Encourage a healthier more vibrant population instead of protecting drug and chemical companies at the expense of their constituents.

Be forced to live the way their constituents live. No special insurance, lifetime pensions, and such to protect them from the legislation they pass on the commoners. What’s good for one is good for all, don’t you think?

Jail all officials and corporate executives guilty of causing harm to the general population. Our jails couldn’t hold all of them…

A Government By the People and For the People. The way is is supposed to be.

Is there someone you would put in office? Can we find real leaders?

Could you think this kind of thing really happen in American? http://www.naturalnews.com/032203_Maxam_Nutraceutics_FDA_raid.html