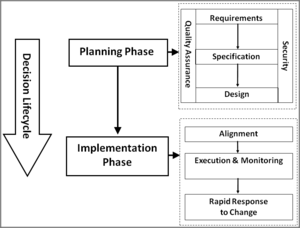 You may have decided to lose weight, make more money, get more organized, cook more, etc.

That’s nice, but its not going to work.

Every little decision you make during the day determines your outcome.

Did you skip your workout today, for the 3rd day in a row?

Did you decide to eat a fast food meal at lunch that amounted to half the calories you should eat for the entire day?

Did you decide to stay up later last night? A decision to not get enough sleep leaves you prone to snacking to make up for the energy loss, and leaves you more vulnerable to flu and less productive.

Did you decide to put off doing something that isn’t going to go away? I’m owning this one right now. I need to just do a couple of difficult things so I can move on. Or I can keep putting them off and remain stuck. The pain of not getting it done is getting to be worse than making myself do it. I made a decision to do them yesterday, but this and that came up… I am not immune by any means. I did bite the bullet today and almost got them done! I feel better already.

Does that make sense?

Sometimes it takes a little extra effort to get the ball rolling. Once its rolling, its easy. Once you feel like you’re growing, the game changes.

You might have to make yourself for a little while, but when you start feeling happier, making the right decision is a no-brainer.

Get in the habit of making conscious decisions.

Do I want to sit in front of the TV watching mindless drivel, or take the dog for a walk and get some fresh air and exercise and clear my head?

Do I want to do this ugly thing and get it over with, or do I want to let it torture me until I finally break down and do it?

Do I want to plan dinner right now, or not have a plan and end up eating badly? And then feeling lethargic – you won’t be motivated to do anything else.

Do I want to take 5 minutes and plan my day and be more productive, or do I want to let life throw me around?

Its the culmination of all of the little decisions you make all day long, every day that make the ultimate difference.

Saying that you want to lose 10, 20 pounds may be an unbelievable goal. But deciding that you’re not going to eat something bad for you right now is a lot easier, don’t you think?

I think I’ll have the fruit instead of the fries.

I think I’ll have green tea or lemonade instead of pop.

By the inch, its a cinch!