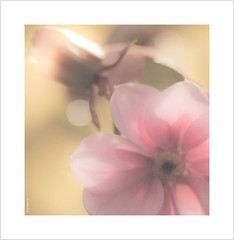 Can you be a super-woman, and still be sane?

You work all day, you have kids, your parents need help, the house is a mess, and pizza sounds really good – again. Being a super-woman sounds a bit unrealistic, doesn’t it?

But you know women who do it, don’t you? So, it’s not impossible. But isn’t it hard? No.

It’s all about systems and habits. Like a McDonalds franchise – they run well because they have an easy to use system.

The most successful people have systems for the tasks that need to be repeated often. Many people operate from a check list until these systems become and ingrained habit. Have you ever worked for a business that operates with daily check lists?

So how do you translate that into your life?

If you read Living Your Life by Design Instead of by Accident – you’ve gotten a taste of my systems. If you haven’t read it, grab a copy over to the right >>>

In it you’ll discover my secret systems that make it so I hardly ever have to actually clean my bathroom or kitchen. They stay pretty clean most of the time with just a few minutes work a day.

It’s like applying the ‘Stitch in Time’ theory that Benjamin Franklin made popular. When you do little things right when they need to be done, it keeps them from becoming big things later on. Like wipe up the stove while the gunk is still soft, and it takes a few seconds. Wait, and you’ll have to scrub. Put it off and cook again, and it will be burned on and even harder and more time consuming. Take 30 seconds now, or 30 minutes later. The choice is a no-brainer, right?

It’s really all about little things that most people pass over. Things that are so simple, but most people don’t do them. When you do, you look like a super-woman. Weird, I know, but it’s the truth.

Earl Nightengale once said something to the effect that only 5% of the population would ever be successful, because only 5% of the people will apply themselves. That all you have to do is just a little bit more and you can be wildly succcessful.

I don’t kill myself keeping the house clean.

I don’t kill myself making the healthy fresh dinners we eat.

I work a heck of a lot harder on these websites. And I have the time to do that because my other systems work to keep my life in order.

So, while super-women seem like they were blessed with some magical powers at birth, the truth is they just have systems for working smarter, not harder.

Your take away today

Next time you’re tempted to overlook something that would only take you a minute to do it right now – remember the ‘stitch in time’ theory. Think about how long it will take you to do it later. Then make your choice.