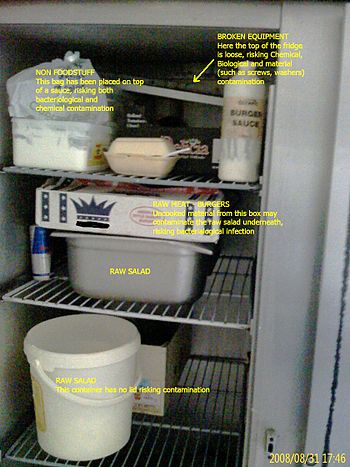 According to the U.S. Centers for Disease Control and Prevention’s Morbidity and Mortality Weekly Report – there is a new program being tested that officials can use to uncover food born illnesses that otherwise may go undetected.

In the project, inspectors combed through Yelp using a software program designed at Columbia University to seek out reviews that mentioned foodborne illness. Yelp set up a private data feed that provided its publicly available reviews in an easy-to-search format.

“We have a lot of reviewers and a lot of restaurants in New York, which made this a good place to try it out,” Balter said.

About half of all local food-poisoning outbreaks occur at restaurants, according to the CDC.

The New York program evaluated about 294,000 restaurant reviews over a nine-month period. Balter said it looked for evidence of potential food-poisoning outbreaks in the reviews, including:

The software ended up identifying 468 potential cases of recent food poisoning, of which only 15 had been reported to the nonemergency 311 line dedicated to reporting such cases, Balter said.

The inspectors suspect these outbreaks likely sickened even more people than were identified. “We assume when we do outbreak investigations that there were other people who got sick we didn’t know about,” Balter said.

For more on foodborne illness outbreaks, visit the U.S. Centers for Disease Control and Prevention.