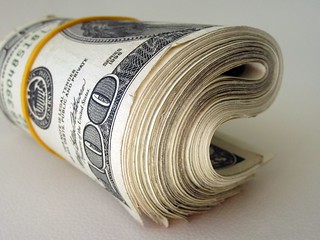 There has been this big debate about taxing rich people more. Like making too much money is evil.

And if you worked hard for your money and you made a lot – should you be penalized and asked to cover every societal and governmental shortfall? Is that fair?

I was reading the news about the Dallas hospital that is raising the wages for all of their minimum wage workers, and they are using money that was allocated to executive bonuses to pay for it.

It got me thinking. There is something wrong with CEOs making millions while the workers have to use food programs to eat. When you make your money on the backs of other people – that is criminal.

Walmart is the most criticized, but its not just them. Its really all major corporations. Look at all of the auto and banking bailouts. We’re bailing them out when executives are making millions? There is something wrong here.

Yes, there is a big inequity in this country, but its not because people make money. There are millionaires who pay their employees fairly. They are not in the public eye.

At some point the question has to be, how much money do you really need? After you’re making a million a year, do you really need to be making on the backs of your workers? Don’t you get to the point where you have enough houses, cars, boats, planes, and toys? I guess maybe not. But how can you sleep in your mansion with your Rolls out front knowing that the people who are helping you make your money will be visiting the food bank to eat?

I think this hospital is being a great example of how things should be. I hope it catches on.

Here is the article and video.