Every day the news is filled with more hatred

The City of Baltimore removed confederate statues in the darkness of night in order to avoid another hate incident.

“We will never solve America’s race problem if we continue to honor traitors who fought against the United States in order to keep African Americans in chains. By the way, thank god, they lost,” Richmond said. ( Congressional Black Caucus Chairman Cedric Richmond, D-La.,)

Stacey Abrams, a Democratic candidate for governor in Georgia said, “We must never celebrate those who defended slavery and tried to destroy the Union,” Abrams wrote on Twitter. “Confederate monuments belong in museums where we can study and reflect on that terrible history, not in places of honor across our state.”

She has called for the removal of the carving depicting three Confederate leaders — Jefferson Davis, Robert E. Lee and Stonewall Jackson — on the state-owned Stone Mountain. 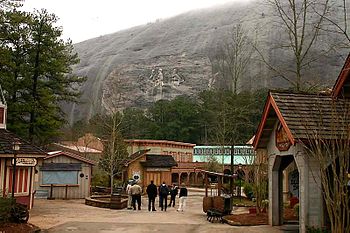 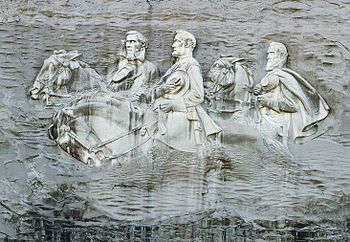 Isn’t this getting crazy?

I think we need to stop opening old wounds and blaming things that happened before we were born for our current problems. Looking forward is the only way we can solve our problems.

So here’s my question –

These statues and monuments have stood for over 100 years as part of our history. Now suddenly they’re a problem?

What has happened in the last 10 years to bring such hatred with such a vengeance?

I might be naive, but it seems to me that we had made great strides and we were all living together rather peacefully. I’m finding this uprising of hatred shocking.

This is going to sound kind of woo-woo and out there, but it really happened.

I was watching a video on YouTube about the shootings that took place at Union Grove on Sunday. You know how the next dozen video suggestions that come up? Well there was this one about Franklin D. Roosevelt reveals all before his death, or something to that effect. I’m like, hmmm, what is this?

The video turns out to be about the Illuminati plans for the new world order. But this made me sit up –

“This will come about by dividing the masses of people, the Goyan (the cattle,) on political, social, economic and other issues.

The opposing parties will be armed and incidents provided that would cause them to fight and weaken themselves and gradually destroy all national governments and religious institutions.”

We’ve heard things like this from conspiracy people. I’m sure you’ve heard rumors of protestors being paid, governments financing wars, and such. Not to mention the gang shootings.

So later I see this video about why is the Book of Enoch removed from the Bible?

I’ve honestly never heard of the Book of Enoch. Have you? I had to check it out.

So I find one where someone is just reading the book. I leave it running in the background. Its a very creepy book.

Suddenly, it says essentially the same thing – they will be armed and kill each other off.

I’m honestly a little creeped out by the whole thing.

But here’s something else to think about. You don’t even need the guns really. All it takes is words.

We can’t stand together if we all hate each other.

We’ve got to start loving each other as human beings, no matter what color or religion.

“Don’t worry about the speck in your neighbor’s eye until you have removed the plank from your own.”

“Those who live in glass houses shouldn’t throw stones.”

“Let he who is without sin cast the first stone.”

In other words – Clean up your own crap before you worry about everyone else’s. I often find that the most hateful people are the ones who won’t take care of their own lives – like they are trying to deflect attention away from their own short comings. Do you know anyone like this?

And maybe more importantly, we have to stop spreading the hate. Stop sharing the videos and hateful comments.

And I guess we need to be aware that there may be forces that are intent on dividing us and consciously fight to stay out of the trap.

Let’s start living up to these words…

One Nation Under God – Indivisible – With Liberty and Justice For All.

Learn about people who are different from you

I encourage you to spend some time with someone from another culture this weekend. You might find that we are not so different after all. You might actually like them.

Oh, and if they offer you a cup of tea or something, accept it. In many cultures it is offensive to turn down an offer of hospitality. Many Americans have this ‘I don’t want to trouble anyone’ mindset. However, if someone offers you something, they want to be a gracious host/hostess.

Oh, and in some cultures belching is a compliment to the cook. It means the meal was good.

So don’t be so quick to judge. You might be the one who doesn’t know any better.