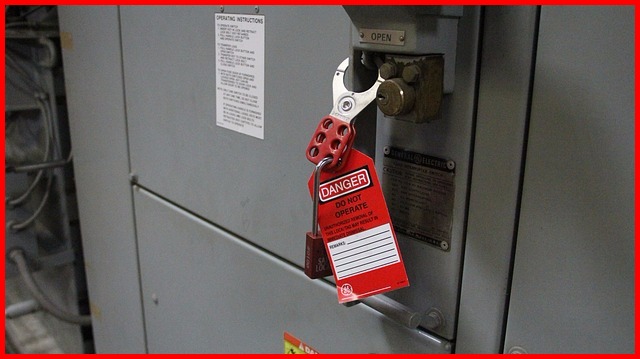 As human beings, we seemed to be programmed with this switch off. The door is closed and locked.

If we could just break the lock and flip that switch, our lives would immediately be better.

That switch is in our mind. Its how we think about things that have to be done.

We look at something and we have a choice – do it now, or do it later.

You don’t have to be a psychic to guess which one we usually choose.

But if we could just flip that switch, our lives would become so much easier.

Say you splashed a little on the stove. You think, oh, its just a small spot, I’ll get it later.

Then you’ve done the dishes and you’re ready to sit down when you realize that you never did go back to get that spot. Now its hard. You think, oh, I’ll get it later.

The next day, you cook again. Now you splash another little bit. The original spot is not only dried, but now its burned on. And now there’s new stuff stuck on top of it. That’s going to take some work. Oh, but I’ll do it later….

Now, if you had wiped it up in the first place, it would have taken one second while it was still fresh.

Why are we programmed to make our lives more difficult? I can’t answer that. I wish I could. It makes no sense.

The same applies to laundry. If you put it away when its done drying, its easy. But no – it sits and the next load gets piled on top of it. Now everything looks like you slept in it. You’ll spend more time trying to smooth it out, or throw it in the dryer again, or even have to start over and wash it again.

Why, why, why? Why don’t we do things while they’re easy?

Oh, you think you’re giving yourself some respite, and you’re feeling kinda lazy. In reality, you’ve given yourself more work. If you had done it when it was still easy, you’d have plenty of time to be lazy.

That is my rule of thumb. I do it now, while its still easy because I’m lazy and I don’t want to have to work harder later.

See, if you can just flip that mental switch, life would be so much easier!

Oh, it will take some practice, but in time you’ll find that you get better and better at taking care of little things while they’re still little. Its a new habit, and a darned good one at that, wouldn’t you say?