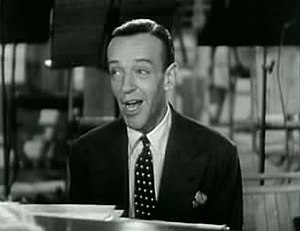 OK, I’ll admit it. I get bored easily. Always have.

I started out working for AllState when I was in high school. I also worked as a breakfast waitress at a local bowling alley on the weekends, and sometimes did catering jobs. That was just in high school.

I then went on to manage a paging and mobile phone office back in the days when it was still operated by a switchboard. Really. The mobile phones were the size of a small suitcase. Hugh Hefner had a few. The waiting list contained names like Ron Santos and Mohammed Ali. But I was young and the job was getting too political for my taste, so I booked.

I was a dance instructor for Fred Astaire for a couple of years. Not much money, but fun. You know, Fred Astaire was turned down numerous times for positions? They said he didn’t have much talent. Good thing he never listened to them and kept trying, wasn’t it?

I worked for Marilyn Miglin for a while – applying and selling make-up.

I then went into retail management for a couple of years, but got tired of working nights, weekends, and holidays.

Then I decided I would like to be normal and make some real money and pay bills and stuff like that. I got a job as an office manager in a cable TV company. I loved that job until we were sold to TCI.

Through a friend, I became a cable regulator. I was known then. I made waves. I was constantly in the newspapers, was in Who’s Who, and a few of the smaller who’s who publications. I was on radio. I worked on legislation. But I did such a good job that there was no longer a need for my position. Cable companies were behaving, prices were regulated, and complaints dwindled down to nothing.

I was kind of tired of the battles. I did it for 10 years. So I tried my hand at selling Toyotas. Boy, that is a nasty competitive job, and the hours are terrible.

So then, I went into competitive phone companies handling regulatory issues.

Then the telecommunications bubble burst. I tried to tell the good ol’ boys that they couldn’t run a business like that – but they weren’t going to listen to a woman!

I was back at square one. Now what?

I had always been fascinated by the possibilities of the Internet, so I set out to learn how to run an Internet based business. But, I had to have money in the meantime. I took any odd job that came my way. Cleaning houses with my sister. Selling Kirbys. Now DressBarn. It didn’t really matter to me since it was only a means to an end.

The learning curve for this Internet thing has been tremendous for me. There’s a lot to it, and anyone who tells you that you can be an overnight success is lying to you. (Bear with me, there is a point and it has nothing to do with Internet marketing.)

There’s the website or blog design, installation and maintenance.

Then there’s the content – what will you write about?

Then, how will you actually make money?

Will you create your own product?

Will you sell other people’s products?

Will you do MLM?

Will you offer a service?

Will you rely on advertising revenue?

Or maybe all of the above?

Then there’s autoresponder messages, and sales letters, and marketing, and advertising… what good is it to have a site if no one knows you’re there?

Then there’s graphics, and audio and video.

Do you want to do teleseminars? Podcasts?

And don’t forget the paperwork that normally goes with running a business.

The list is endless, and definitely overwhelming. And there’s a lot of things on the ‘to-do’ list that I don’t particularly want to do.

My daughter wants to be a rock star, but she doesn’t want to take lessons or practice. Like some magic genie is going to discover that she has talent and will make her famous if she just waits long enough.

Are you practicing this method? It’s really common these days.

The point is – when you want to accomplish something it takes time. Time to learn the ropes. Time to get good at it. And that requires actually doing something.

It doesn’t matter if your goal is to bowl a 300, or perfect your golf swing, or run a business, or landscape your yard. It takes time, and practice.

And if you’re a regular reader of this blog, most likely you don’t have a lot of time. So, do you just shove your dream in a corner and wait for more time? Of course not! That day will never come – and we both know it.

Just work a little every day. Read, watch videos, learn, and apply what you’ve learned.  I mean, isn’t a little progress better than keeping your dream locked in some dark closet? Don’t be afraid to at least try a little.

I don’t think we were put here just to see if we could survive (even though that’s what it feels like sometimes.)

And if you find that it’s more than you’re willing to do – you can change your mind. Its OK. But make sure you’ve given it enough of a chance.

There’s a lot of times when I just want to throw in the towel. But I’ve come too far on this journey. And I don’t want to be asking myself, “What if I had held on just a little bit longer?”

The next game you bowl could be that 300.

The next time you golf, you could hit a hole in one.

The next plants you plant could be spectacular.

The next ad you run could bring you tons of business.

Don’t give up too easily.

There, that’s the point. You knew I’d get around to it eventually, didn’t you? 😉

Have a great day!

P.S. If I didn’t eat healthy and have a system for keeping the house clean, I would never make it. Don’t discount the simple things that could make your life easier so you have more time and energy to do the things that you want to do!

Maybe you would like help with a Whole Life Overhaul >>>

I may not be that good at running an Internet business yet, but I’m darned good at managing a really busy life.