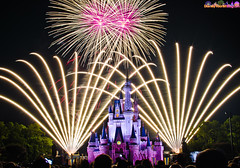 Have you ever wanted something so badly that you could not give up? Even when common sense and everyone around you is telling you to give it up, you can’t?

Many will tell you that the fire in the belly is exactly what it takes to have a huge success.

If you want it bad enough to stick with it long enough – odds are you’ll get it.

Have a great week!