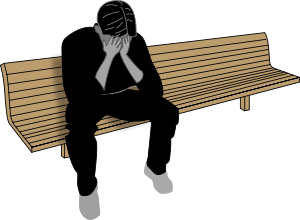 I did a job for my sister yesterday. It was what we call an initial clean. It is the first time we are cleaning a new client’s house and it is a top to bottom full clean. Figurines, pictures, wash down cabinets… you get the idea.

I was greeted by the sweetest lady. I was instantly at ease.

She sat down in her chair. She tells me that since they put her on new drugs for her neuropathy, that she has not been able to do much. It gave her heart palpitations and really scared her. They have since changed it, and she feels like she is getting better, but can only do things for about 5 minutes before she has to go back and sit down. Another med makes it hard for her to breath. Because of the blood thinners, she is cold all of the time.

I asked her about her diabetes. Common conclusion – she has neuropathy and weights around 300 lbs. She said that she takes ‘just’ 2 shots a day. That she has had diabetes for over 20 years.

You want to get the most out of a cleaning service? Be really, really nice, and a little helpless.

So I started working in the kitchen so we could talk. She had the open cabinet tops, which I love, except when it comes to cleaning them. I had to take down all of her displays, clean them, and clean the tops – which can be quite the challenge. The combination of the fact that we don’t dust up there, and moisture and grease from cooking makes a sticky, dirty mess. Hers really was not too bad. It hasn’t been that long that she hasn’t been able to do it.

We talked about vegetables, and gardening, keepsakes, and old traditions that have passed away, like making relish trays with radish roses and curled carrots and celery.

She had tried to get the bed changed before I got there, but had to go sit down. I helped her with that. There was an air mask on the bed.

When lunch time rolled around, she offered to buy me lunch. I had brought lunch, so I sat down to eat with her. She talked about having been in the senior building and having more to do, but most of her friends from there had either moved, or passed on. I like that phrase. So much better than passed away.

Her lunch was a chicken salad with cranberries and pecans that her daughter had bought for her, and she said it had a lot of mayo. She then opened a big bags of tortilla chips. She offered me some, and I said no. Then I said, “You’re not supposed to be eating those.”

She grinned at me sheepishly and said, “I do the best I can.”

When I made it back to the kitchen later, the empty bag was in the trash. She had eaten that whole big bag. I was furious. I didn’t say anything, but I should have. My ignoring it did not help her one bit. I should have taken the empty bag and said, “I thought you wanted to live.”

Unfortunately, I see this story in play far too often.

How do you want to live your older years? Do you want to have to sit in your chair because you can’t do anything else? Will you sit in that chair and eat yourself to death?

If that isn’t what you want, start living a healthier lifestyle now, before this stuff happens. Even if you are there already, you can make it better. I really hope you choose to really live life as long as possible.