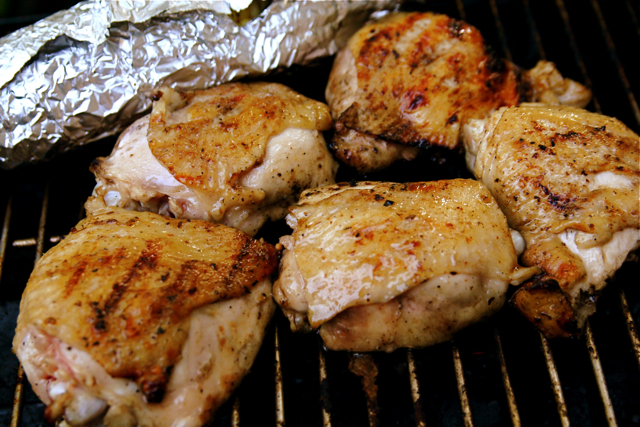 Behavior problems, and life long healthy problems, and even your ability to think clearly all start with what you eat. Getting adults to eat right is hard enough – but… Read more »

Image via Wikipedia   I love my neighbors. I really do. They feed me often.   The neighbors on one side are a little older. They could retire if they wanted… Read more »

Image via Wikipedia   OK, I’ve had my head buried in the sand again. I’ve been busy loading recipes at Rebel With a Fork so you all have plenty of… Read more »

Image by churl via Flickr We planned a sort of laid back weekend this weekend. We really needed a break! So when I was going to the store Friday, I… Read more »

Image via Wikipedia   I’m finishing up the carpets. You know me, a little here and there until the big job is done. But I’ve got to get it finished… Read more »

Image via Wikipedia   Today was a bad day. It just was. Nothing went right. Everything was frustrating. I was more tired than usual. Just a bad day. And it… Read more »

I hope you had a happy Father’s Day. Ours was pleasant. The weather turned out to be nice, but we were having heart attacks in the morning. 2 back-to-back… Read more »

I’ve been missing in action lately. The storms have wreaked some havoc in my life.My computer took a hit – I think it was Sunday night. It’s all kind… Read more »