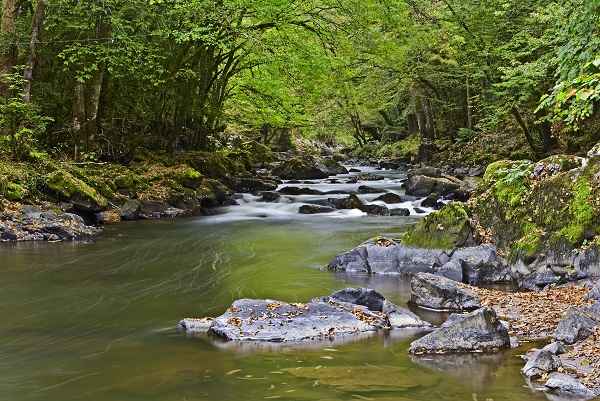 You may not think that how you fertilize your lawn or garden has any impact on the world around you, but it does.

Are the lakes around you that you love to enjoy full of algae in the summer? Here’s why –

Nitrogen and phosphorus runoff nourishes algae, causing massive blooms in the water. As algae decompose, oxygen is removed from the water. Aquatic life forms are asphyxiated and die off. Stocks of large fish dependent on these tiny plants for food are affected, causing fishermen to experience a lower catch and the possible loss of their livelihoods. Result: U.S. consumers are deprived of seafood from one of the nation’s most important fisheries.

Research conducted by the Environmental Working Group indicates that when spring runoff pollution is at its highest, more than 7.8 million pounds of fertilizer nitrate flow down the Mississippi River to the Gulf of Mexico every day. The United States Geological Society has identified Illinois, Iowa, Indiana, Missouri, Arkansas, Kentucky, Tennessee, Ohio, and Mississippi as the primary contributors within the far-reaching watershed. These states only make up a third of the Mississippi River Basin’s area, and yet are responsible for more than 75 percent of the nitrogen and phosphorus that enters the gulf.

There is an obvious way around this nitrogen problem: use less fertilizer more efficiently.

Farmers get paid by the ton, which makes yields the driving force of modern agriculture. Most agronomists agree that farmers can get the same yields without applying as much fertilizer and manure as they now do. But few farmers are willing to take that chance. Many farmers use fertilizer as a form of insurance; better to apply a little too much and get high yields than apply too little and risk yield (and profit) declines.

Oh, but that’s farmers, and you’re not a farmer.

Are you beginning to see the picture?

I live on a lake. There are a few of us that don’t fertilize until it is absolutely necessary, and then we watch the weather to make sure its not going to rain for a few days and run it off.  We pull our weeds by hand as much as humanly possible.

But a few of us is not going to put much of a dent in the problem.

When you fertilize, try to do it when it is not going to rain so that it absorbs instead of running off. And don’t use more because you think its better.

The next time you go to the lake and its all green, ask yourself how much you may have contributed to the problem.

If everyone were to use chemical products more responsibly, we could make a difference.