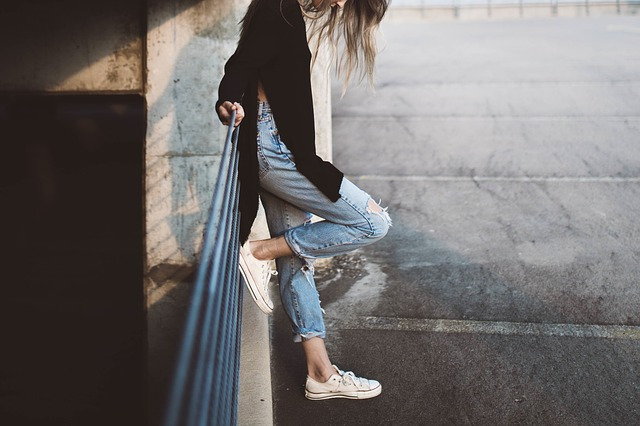 My daughter has this whole rant that she gets on about the way women dress these days. I wish I could get it on video someday. She’d have you rolling.

Rolling out of bed, scrunching your hair into a messy bun, and leaving the house that way!

And we wonder why the country is in such a mess?

Really. Think about that.

The thing I just can’t understand is how it became cool to look like you’re homeless.

When I did jury duty earlier this year, the summons said dress was business casual. I wore nice pants and a sweater. One other girl dressed nice. We were way overdressed. The courtroom is a place of respect. How can you go in dressed like a bum?

The funny thing is, we did not bow to the masses and dress down. The two of us continued to dress respectfully. The other jurors upped their game at least a little.

We acted the part. Our jury earned respect. At the end of the trial, the judge came in and told us what a great jury we were.

It you want a good job, you dress for the interview. You want to make a good impression, right?

But have you seen the masses lined up for cattle calls at Amazon? I was shocked at how people who supposedly wanted a job came to be interviewed.

As a manager, I would think If you can’t put a little effort into your appearance, what kind of employee will you be? Next!

I’ve even noticed in the grocery store – the same one I go to at least a couple times a week, that when I’m dressed better they treat me better. Try that experiment yourself and see what happens.

Its the start of a new school year. Your kids can make a positive expression that will help them succeed this year.

When you look like a slob, people will think you’re a slob and they will treat you like a slob.

Warning – Some adult language in the video below.

1 thought on “Want to be treated better?”