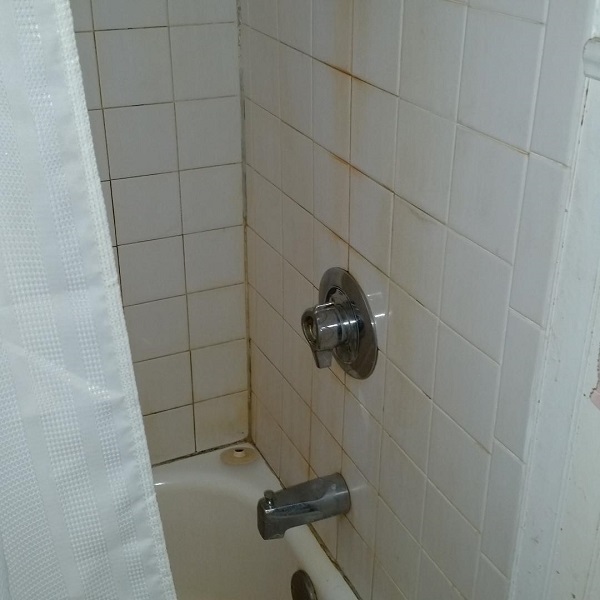 OK, here is my latest project. Unfortunately, I never remember to take a picture before I start a project. I just dig in and then kick myself – “Darn, I should have taken a picture first!” Sigh…

Obviously, this bathroom had been neglected for a while. I decided to try the cleaners that were on hand at the moment.

First there was a bleach cleaner. It did work some, but it would take a year at that rate.

Another girl in the house said that occasionally (whatever that means…) she would make a paste with the Ajax cleaner and let it sit for a while and it would come right off. Really?

I tried it. It worked some, but again, this would take forever.

Then I tried the CLR. These pictures are after all of that.

Time to go get what works!

I’ve tried both washing it down later with a sponge, and just leaving it on. Either way, its still going to take a while, but its a lot faster than all those other cleaners. It worked on the sink in one application.

And on separate days, I used a mold cleaner on the moldy stuff. Don’t use both on the same day.

Here’s the progress so far… 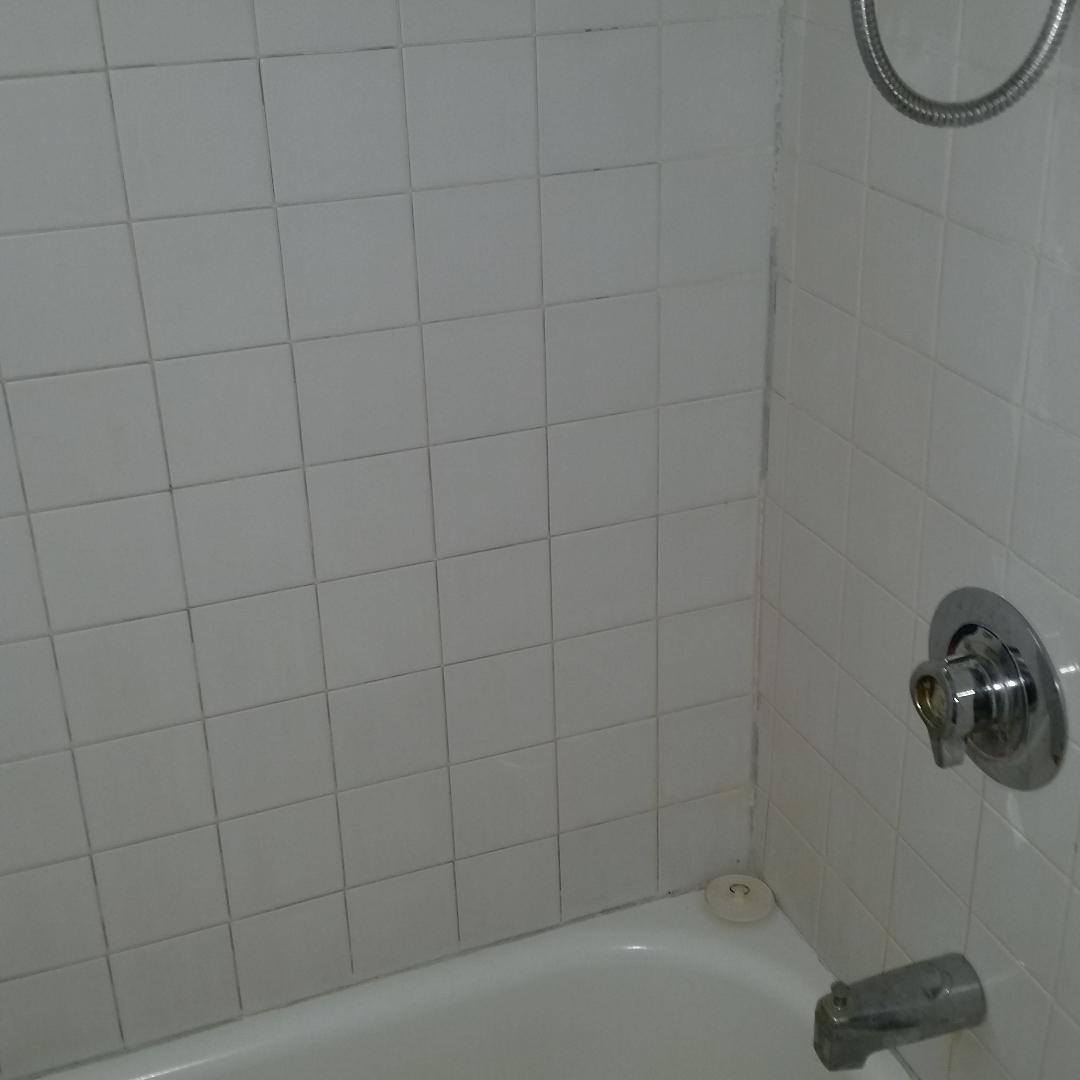 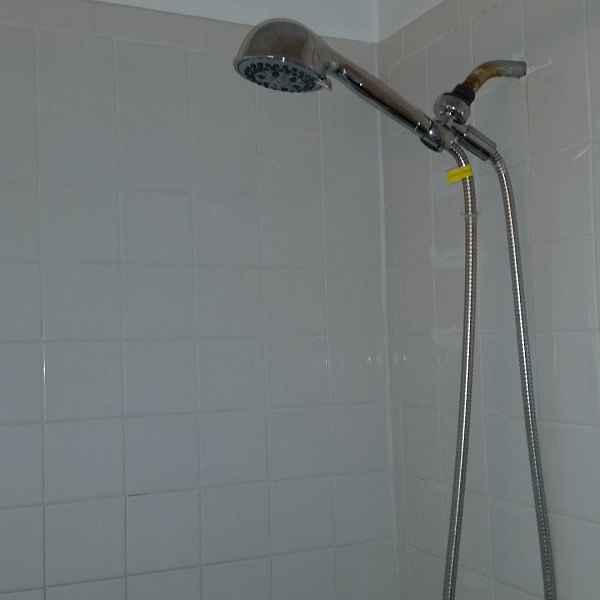 A little more to go yet… My daughter said I would never get the grout white again.

Now I’ve uncovered some mold stains behind the caulk. That’s a whole separate issue. The proper way to deal with it is remove the caulk, get rid of the mold, and re-caulk.

The water here is unfiltered well water. I’ll have to figure out what it will take to keep the rust at bay. A squeegee might be enough, or it may require a daily shower spray. I’m not sure yet.

So, you might be thinking, why didn’t I just scrub it down?

I did test that out too. As it has been with a few other disaster baths I’ve done, it just doesn’t work. That’s why The Grout Medic can charge so much. You will not get it clean in one try. Don’t kill yourself trying.

I’ve restored quite a few. It just takes time.

You can either take it a day at a time, or pay big bucks.

Which would you choose?

Want to get your whole house clean easily?

4 thoughts on “Can this rusty bath be saved?”