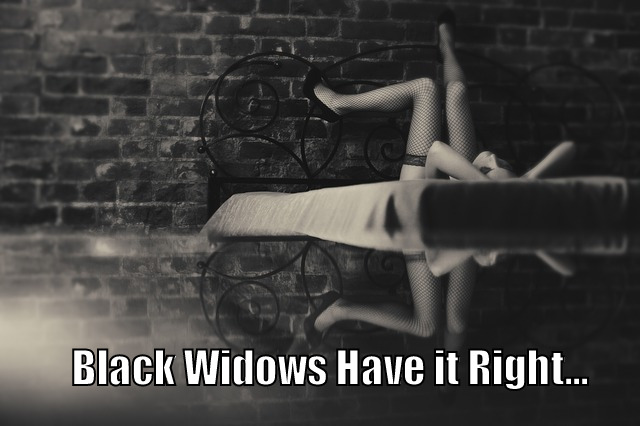 Men are pretty much useless. Have sex and then eat them. That’s the way to go!

I served my jury duty for a week and a half. The trial ended Tuesday. It was an interesting experience. Very draining though.

So, I managed to keep up with the house and jobs, and dinners. I was pretty much missing in action here. I’m sorry. There wasn’t much time or energy left, especially after having to take care of other emergencies.

I swear, this house could fall own around these guys and they wouldn’t care.

Now mind you, I’m just a roommate. Not even a girlfriend. (We’ve never had sex either…)

The bathroom sink was backing up and not draining. I tell Bob. He says, oh, I have to look and see if there’s any Draino. He was standing in front of the cabinet its in while he’s saying this. He finishes the dishes and goes to bed. I fixed the sink.

The back sliding door has been difficult for a couple of years. This week it got to the point where even the boys couldn’t get it open. Its the door we use to let the dog out.  Bob’s reply? Oh, I have to try calling that guy again… yeah, right.

Now a year ago I suggested spraying WD-40 on the wheels. Oh no, that wouldn’t work. The wheels need to be replaced and they don’t make them anymore. Have to buy a new door. Yeah right. He bought a new motorcycle though…

So I sneak out there and douse the wheels with WD-40. Yes, he still needs a new door, but at least we can get it open much easier. UGH!

At this point, I’m so pissed I couldn’t fall asleep.

The dog insists on going into the neighbor’s yard. The neighbor doesn’t like dogs, or them for that matter. Its a problem. Of course there’s been talk about putting up a fence – but if you’re catching on…there’s a lot of talking going on about a lot of things No action.

I went out and bought poultry netting and stakes. Saturday morning, in the cold trying to beat the rain, I put it up. Yes, she can jump and clear it, but I’m hoping that it will be enough of a deterrent. We’ll see.

But that put me over the edge. I even took a nap with the dog. That never happens!

Oh yeah, the dog. You know who takes care of hat most of the time too, right?

So what is it we need men for? To take out the garbage and mow the lawn?

I say we eat them. 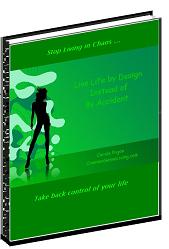 Are You Living Your Life by Design, Or By Accident?
Start Living Better Today!